The quantity of games that Apple’s iPhone app store features is remarkable. With the Android now taking some of the iPhone’s market share, the amount of developers creating games for the platform is an ever increasing aspect for Google’s operating system. With the amount of games available, a large portion are free to download. VOICEABLE has compiled a list of the top 10 best free Android games.

Angry Birds has become a phenomenal for developer Rovio. The game has seen the potential of a $1 billion valuation become a sure to be reality. Its popularity are solely due to some of the following features of the addictive game:

Ever wanted to act and play like a fully-fledged ninja within a game? RunnerGames’ Yoo Ninja delivers exactly that. Features for the game are:

With Let’s Golf 3 HD, the application allows users to create their own avatar and challenge friends, as well as opposition from all around the world in golf tournaments within this very application. Other features include:

Yes, this game sounds as fun as its name. Snow man chills out at the foot of a cliff when a penguin jumps down. The Snow man is controlled by the player who can smack penguins with the goal being to smack them hard and smartly enough to get a better score; the further you get the penguin, the higher the final score count will be. Its features consist of:

Racing Moto is based on delivering a fast-based racing experience. Traffic rush hour doesn’t matter with this application with users being able to speed their way through it as they please. Other notable additions are:

Air Penguin goes by the definition of being simple and extremely addictive, and indeed it delivers on those fronts. The game sees the player controlling a penguin that has to avoid danger in the skies within the Antarctic. The game’s features include:

Glow Hockey boasts a unique style in relation to a hockey game. Sure, it’s simplistic in regards to the general gameplay experience, but to master it will take skill. The game’s features consists of the following:

Virtual Table Tennis 3D sees the deliverance of a fast-paced-oriented gameplay experience for table tennis. The game’s notable features include

Halfbrick’s Fruit Ninja delivers satisfactory gameplay in the form of, as simple as it sounds, slashing of fruits in a ninja-based styled experience. Other notable features are:

Assaulter is one of the finest portable arcade shooter of its kind available on the Android application market. The game features some of the following additions: 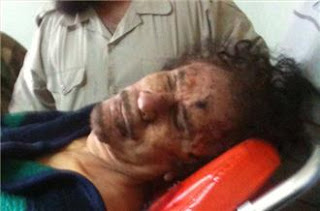